China about to throw down the gauntlet to the petrodollar

The world’s top oil importer, China, is expected to launch its long-awaited and delayed yuan-denominated oil futures contract at the end of March, according to Reuters’ sources.

The petrol yuan is seen as Beijing’s challenge to the US dollar, the dominant global currency in oil contract settlements. 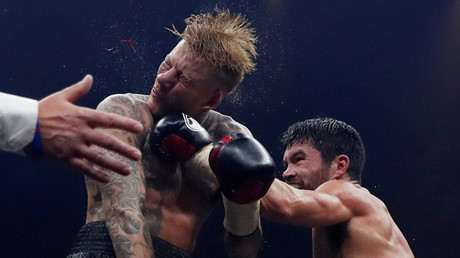 China about to knock out petrodollar by trading oil in yuan

The contract could reportedly be launched on March 26 on the Shanghai International Energy Exchange (INE). The exchange has recently received the approval from China’s State Council.

In December, the INE announced a successful completion of the fifth dry run in yuan-backed oil futures contract trading. It said that 149 of its members traded 647,930 lots in the rehearsal with a total value of 268.2 billion yuan. The exchange said the system met the listing requirements of crude futures after the exercise.

The Chinese government announced plans last year to start a crude oil futures contract priced in yuan and convertible into gold. The contract will enable the country’s trading partners to pay with gold or to convert yuan into gold without the necessity to keep money in Chinese assets or turn it into US dollars.

Since the 1970s, the global oil trade has almost entirely been conducted in US dollars. The largest energy consumer, China, is interested in having oil contracts in its own currency. Beijing wants to create an Asian crude oil benchmark that would better reflect pricing for the oil imported and consumed in the world’s top importing region Asia. It expects the new benchmark to rival North Sea Brent and US West Texas Intermediate.

Analysts say the success of the yuan oil futures contract depends on the Chinese regulation of the market, which could divert international investors from bringing huge volumes into the contract.