The Marshal Fahim Military Academy in the Afghan capital of Kabul has come under attack with a series of explosions and heavy gunfire heard at the compound, according to local media.

Armed militants launched the assault on the entrance to the academy around 5am local time, TOLO News reports citing eyewitnesses and a source inside the camp.

Afghan security forces responding to the incident have reportedly blocked off all roads in the area. There are so far no official reports of fatalities or injuries.

Marshal Fahim Military Academy was the target of an attack last October, when a suicide bombing killed 15 Afghan Army cadets as they were leaving the facility located near Qambar square in Afghanistan’s capital. 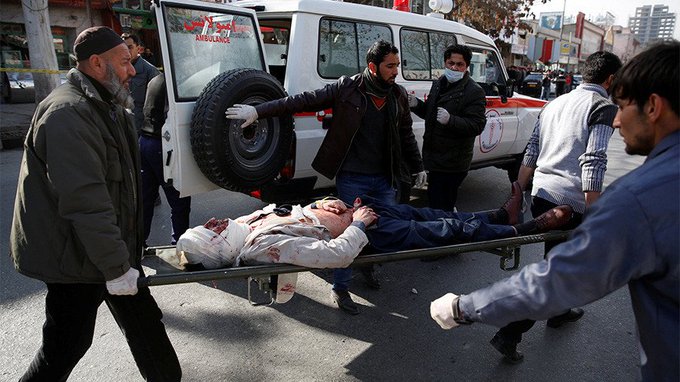 Afghanistan has been gripped by a spate of deadly attacks over the past two week. The latest incident comes just two days after a powerful explosion rocked the Afghan capital’s diplomatic district, killing 103 people and injuring at least 235, including 30 police officers. The explosive device was planted in an ambulance and went off at a police checkpoint in a Taliban-claimed attack.

Earlier on Wednesday, gunmen attacked the offices of the international NGO Save the Children in the city of Jalalabad. The assault, which left two dead and 12 injured, was later claimed by the Islamic State (IS, formerly ISIS/ISIL) terrorist group.

A week before, gunmen armed with light weapons and rocket-propelled grenades stormed the Intercontinental Hotel in Kabul, taking hostages. The Taliban-claimed attack resulted in a 12-hour standoff leading to the death of 22 people. The US State Department later confirmed that American citizens were among foreigners who lost their lives in the siege.